How well do you know the presidents? Answer these 10 questions about the presidents' capabilities in sports and hobbies to make your Commander-in-Chief proud.

#1. George W. Bush was an owner and managing general partner of which Major League baseball club?

Bush was managing general partner from 1989-1994. He resigned to become Governor of Texas but still maintained his 1.8% ownership stake in the team. 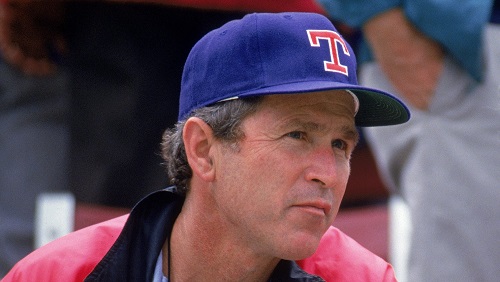 #2. Which U.S. President was the only Eagle Scout?

Ford earned his Eagle Scout award in 1927 as a member of Troop 15 in Grand Rapids, MI. 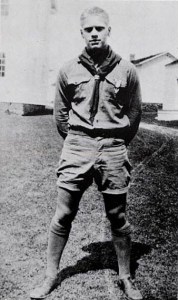 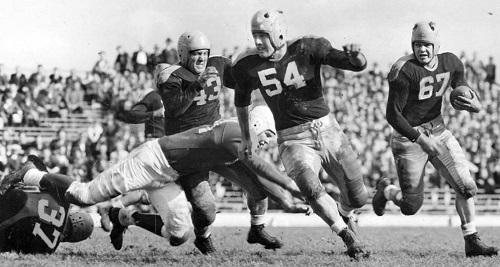 #3. Which U.S. President received offers to play in the NFL?

After his playing days at the University of Michigan (1931-1935), Ford received offers to play for the Detroit Lions and the Green Bay Packers. He declined these offers to attend Yale Law School. 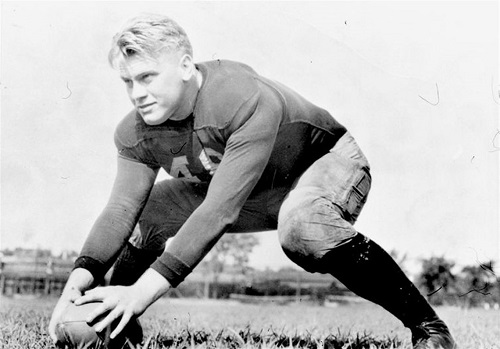 #4. While in the White House, which U.S. President permanently injured his eye while boxing?

While sparring with an Army captain, Roosevelt lost nearly all vision in his left eye. The injury was hidden from the public for over a decade. 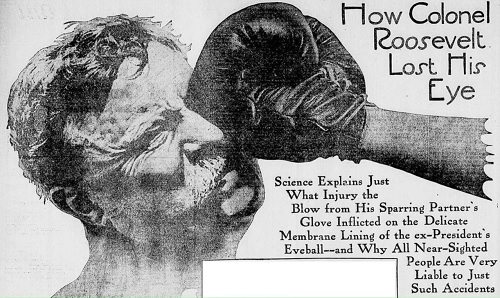 #5. Which U.S. President was an Iowa radio broadcaster for Chicago Cubs and University of Iowa games? 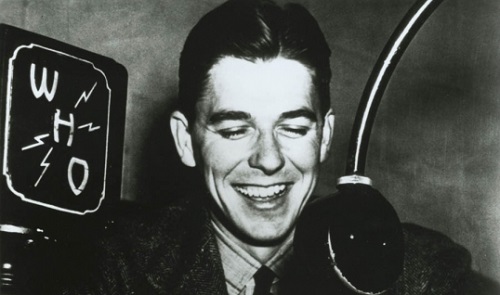 #6. Harry Truman & Richard Nixon were the only U.S. presidents to play what musical instrument?

Richard Nixon played the “Missouri Waltz” at the dedication of the Harry Truman Presidential Library and Museum, March 21, 1969.

#7. Which U.S. President had a sport named after him?

Hoover Ball is played with rules similar to tennis but uses a six pound medicine ball passed back and forth over an 8-foot net on a volleyball-sized court. Revived in 1988, the Hoover Ball Championship is held each year in West Branch, Iowa – Hoover‘s birthplace. 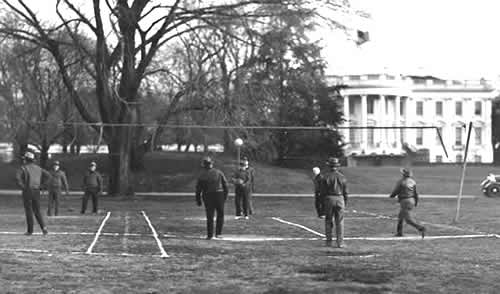 #8. Which U.S. President was the first to sink a hole-in-one? 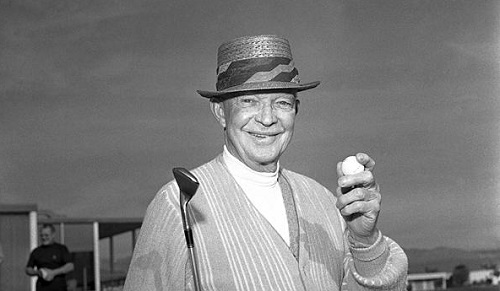 #9. Truman the Tiger, named for Harry Truman, is the mascot for which university?

Before the start of the 1986 football season, Mizzou named their tiger mascot Truman. 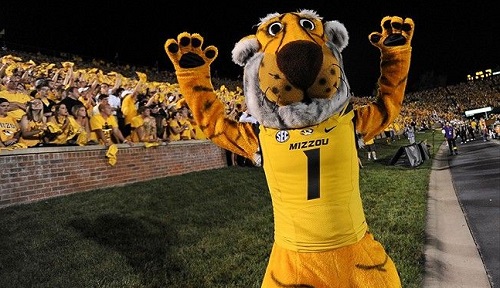 #10. Which U.S. President was the first to throw out the ceremonial first pitch to open a baseball season?

In the April 14, 1910, season opener, Taft threw out the ceremonial first pitch for a game between the Washington Nationals and the Philadelphia Athletics. 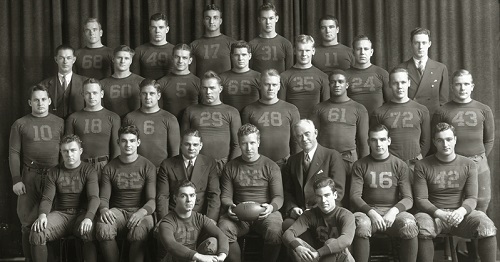 When Ford (Number 48) played for the University of Michigan football team they won the 1932 and 1933 National Championships.

Congratulations, you have won this quiz’s championship! Celebrate your victory with friends and family. 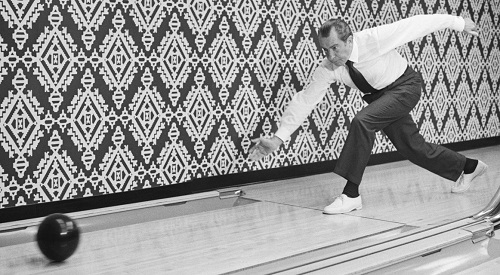 Nixon loved bowling so much he had a lane built in the White House. However, in this picture, you can see his foot is over the foul line. His score doesn’t count.

Seems like in the quiz you also had a foot foul. Let’s not count this score and we’ll move on.